Lighting design for the bank building in Tartu 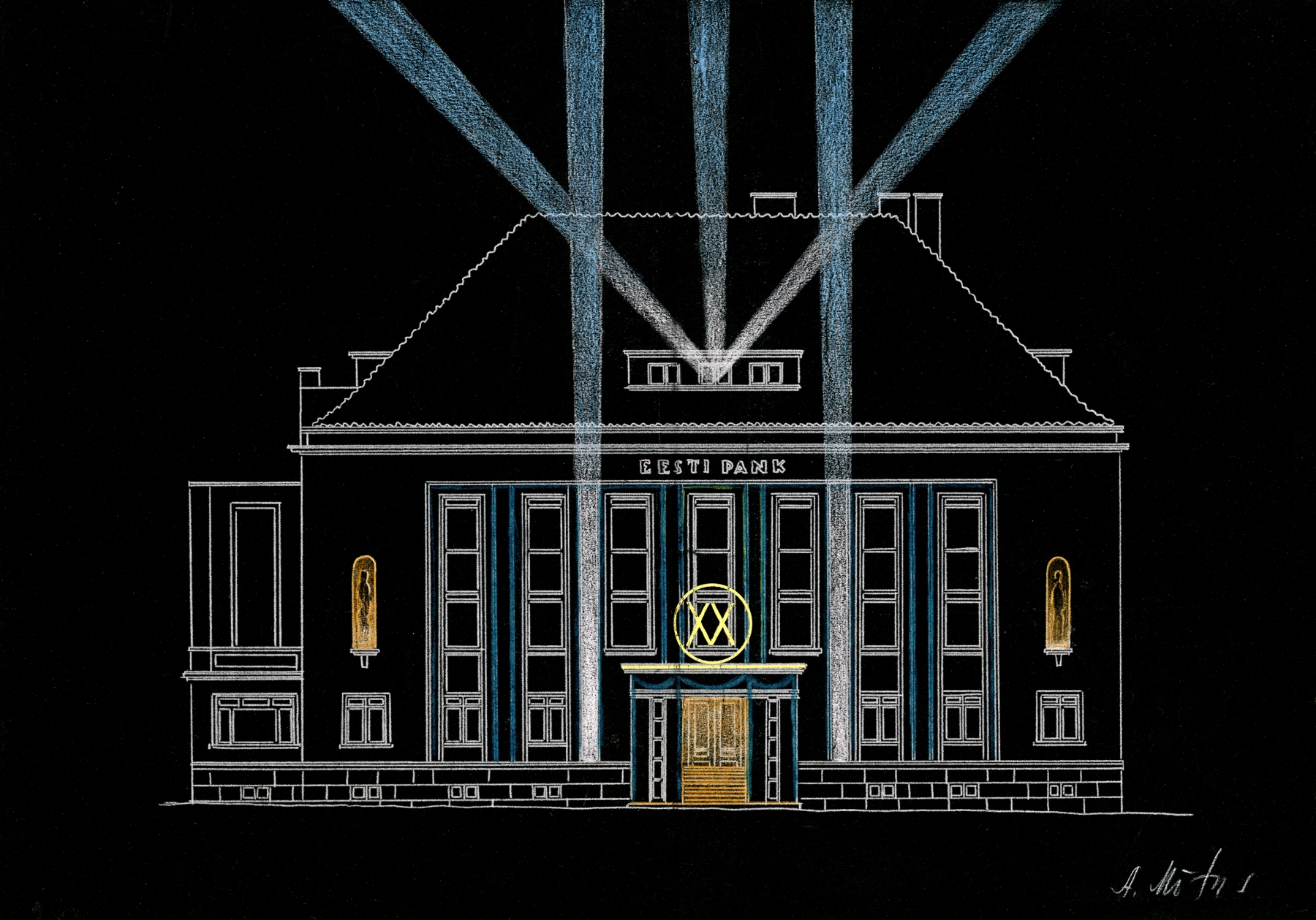 In 1936 the people of Tartu named the building of the Tartu branch of Eesti Pank (Bank of Estonia) (designed by Arnold Matteus and Karl Burman) as one of the most stately-looking new structures in the city. The bronze sculptures by sculptor Juhan Raudsepp add to the artistic integrity of the presentable façade. It was no coincidence that this bank building was also chosen as one of the public buildings to be decorated for the 20th anniversary of the Republic of Estonia. The lighting design for the façade, overseeing the square, was prepared by graphic and scenographer Aarne Mõttus. Drawing was donated by restoration firm Pindisain Ehitus in 2001. Text: Sandra Mälk