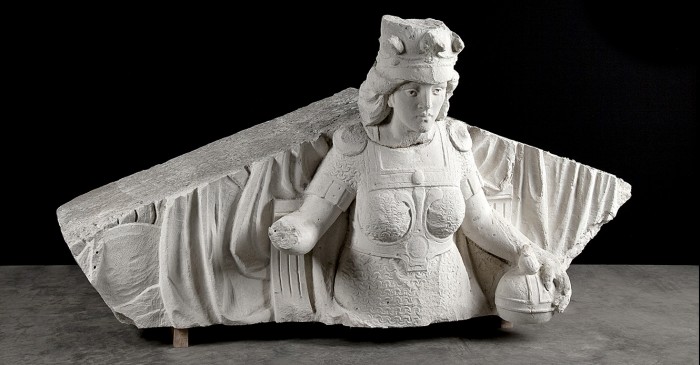 Face-to-face: The Story of the Baltic Exchange

The monumental kinetic installation by Maarja Kask and Ralf Lõoke of Salto Architects and artist Neeme Külm tells the story of a building that has lost its place.

The history of the Baltic Exchange goes back more than 250 years. The neoclassical building designed by Smith and Wimble was completed in central London in 1903, and has been ranked among the most beautiful examples of Edwardian architecture. Just over a century after its completion, the Estonian media dub the building an “alien structure” looking for a home in Tallinn.

In 1992, the Exchange building was heavily damaged in an Irish Republican Army bomb attack. After the attack, the building was dismantled stone by stone; the valuable parts were numbered and put in storage with the intention of restoring the building to its historical form. Instead, however, it was replaced by a new one – the 41-storey office building known as the “Gherkin” (by Foster and Partners), by now a London landmark.

The historic building was deprived of its site, and thus, also its context – an important part of its spatial identity. It began an itinerant existence, travelling from place to place, covering long distances and seeking a new meaning and environment. The building almost found a new home on Long Island, New York or the Battersea development in London. It was an unlikely intervention by Estonian businessmen that saved the dismantled structure from its final demise of being sold as fireplace decor. The sizeable delivery – 40 numbered shipping containers with stairs, marble columns, telephone boxes with wooden panelling, stucco sea monsters and other details – arrived in Estonia in 2007. A question posed itself right away – what environment would the newcomer blend into best and how to integrate it within a new social setting?

Efforts have been made to give new life to the Baltic Exchange building in Estonia and combine its facade with several new real estate developments. Various expectations and conflicts have surfaced, causing the facade fragments to lie waiting for almost a decade in shipping containers in the port of Paldiski.

In the exhibition the fragments of the Baltic Exchange building, which has stirred a good deal of controversy in the Estonian public, make their first life-size appearance. The visitors will be able to stand face-to-face with the historic building’s pediment, which has been arbitrarily displaced by terrorists, businessmen and now architects and artists. At the exhibition, this fragment of the building is at the disposal of anyone who wishes to subject it to their will.

Having addressed the issues of site-specificity already before, authors were intrigued by the story of the building with its unusual fate and detached fragments. Few buildings have undergone so many changes in context. In addition to physical relocation, countless design projects, visions and proposals have been produced regarding where and how to place the building. But what about a building that loses its original site? How should connections with a new environment be created? Who is to pass judgement on the value of a piece of architecture? What value is there in salvaging a building? How do we develop emotional ties with architectural symbols and what role do such ties play as a means of exerting influence in society and politics?

The authors of the installation were fascinated by more and more topics as they unravelled the story one layer after another. Sometimes an individual detail may be more evocative than the building as a whole. A single fragment may turn out to be an unexpectedly powerful symbol, able to sway both social and political decision processes.

FACE-TO-FACE: The Story of the Baltic Exchange

Established in 2004, Salto Architects (Maarja Kask, Ralf Lõoke) takes a particular interest in the meeting points between architecture, landscape design and art. Salto constantly aims to redefine the relationship between space, environment and their user. Contextual approach to architecture implies awareness of social, cultural as well as natural contexts, all of which have direct influence on Salto’s working methods. For Salto each location, its inhabitants, nature, customs, economy as well as politics form a starting point, and have a direct, if complex influence on emerging space. Buildings with a public function, where a critical and interdisciplinary approach plays an important role, make up a significant part of the architectural work of Salto – the Viljandi State High School, the Baltic Film and Media School, the Estonian Road Museum, the Pärnu Environmental Education Centre, the Sõmeru Community Centre, the Sports Hall at the Estonian University of Life Sciences and others. During its 12-year activity Salto has gained international attention and received awards for their installations, for example the Estonian exposition “Gas Pipe” (with Ingrid Ruudi and Neeme Külm, 2008) at the 11th Venice Architecture Biennale; the Straw Theatre (2011), a temporary, site-specific building for the NO99 theatre built on the occasion of Tallinn being the European Capital of Culture; and the project “Fast Track” (2012) for the “Archstoyanie” festival in Russia.

Artist Neeme Külm is one of the founders and board members of the Contemporary Art Museum of Estonia where his role has focused on planning and production of exhibitions. His own works typically consist of large and time-consuming but visually minimalist installations. He has created monumental installations for group shows in Estonia and abroad, including the “Gas Pipe” (with Maarja Kask, Ralf Lõoke and Ingrid Ruudi, 2008) ) at the 11th Venice Architecture Biennale. His solo exhibitions include “if” (Hobusepea Gallery, Tallinn, 2004), “Fountain” (Draakon Gallery, Tallinn, 2006), “ideal.total” with Dénes Farkas (Tallinn City Gallery, 2007), “Tomorrow comes today” (Draakon Gallery, 2010), “3 Seas” with Dénes Farkas (Labor Gallery, Budapest, 2011) and “Shimmer on the Surface” (Hobusepea Gallery, 2012). Külm has participated in several group exhibitions and has also been a designer of several exhibitions. 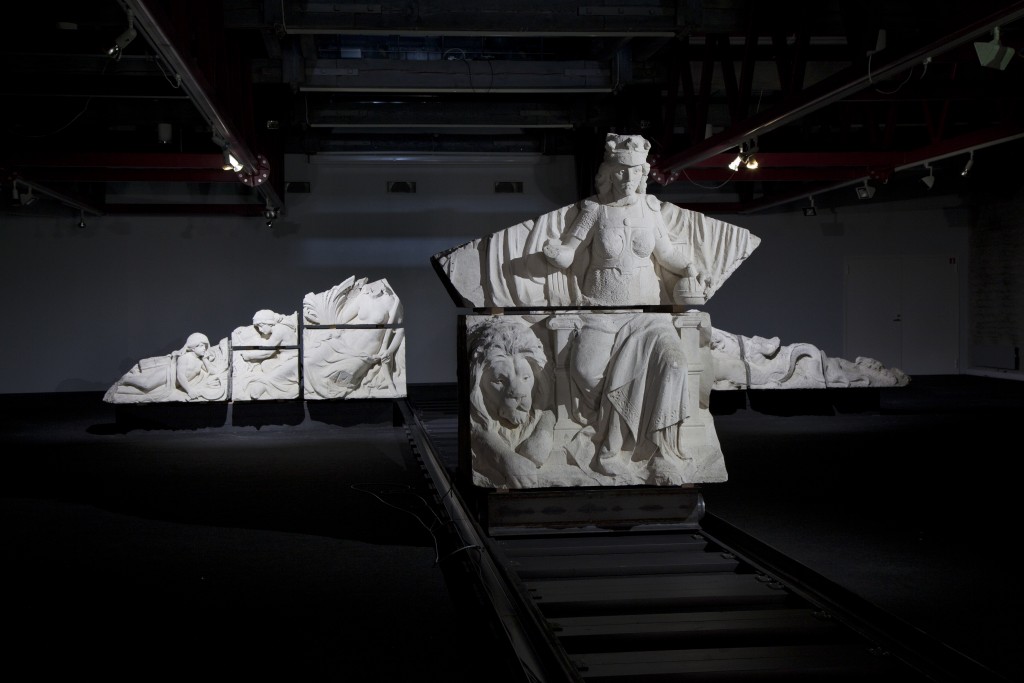