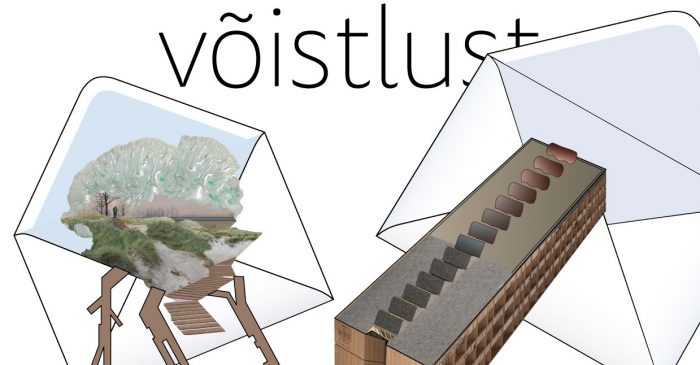 The aim of the design competition was to find the best architectural and functional solution for the Pärnu beach area and the urban space surrounding it, with the purpose of taking the result into account in preparing the structural plan for the beach area.

The city of Pärnu wishes to increase the use of the beach and Beach Park area between Mere puiestee and the moles at the mouth of the Pärnu River, diffuse the frequency of visits at peak times from the centre to the sides of the beach area, create additional motivation for visiting the beach area, and introduce its diverse landscape and protection value.

All 6 entries to the competition, which took place during 10.05 – 01.09.2017, qualified for assessment. The design bearing the keyword “Asfalt sulas linnas” (Asphalt Melted in the City), which charmed the judges with its strong and clear concept, was deemed the best by the committee and worthy of the first prize. The second prize was given to the design indicated by the keyword “Peliloo” and the third prize to the design indicated by the keyword “Laulev liiv” (Singing Sands). Incentive prizes were given to the designs “Uide” (Escapes) and “Lähemale” (Closer). The prize fund for the competition was 20,000 euros.

The aim of the competition was to find the best comprehensive spatial solution for the new academic complex of the Estonian Academy of Security Sciences. The complex consists of premises for the Estonian Academy of Security Sciences, Police and Border Guard Board, and the University of Tartu, connected by the surrounding premises into one comprehensive site.

The competition area is located in the town of Narva at P. Kerese 14. The participants had to consider access for the people of the city in part of the building where a swimming pool and indoor shooting gallery are planned.