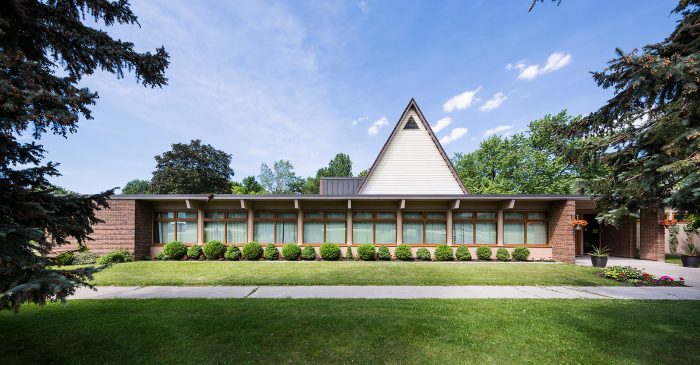 To the New World: Estonian Architects in Toronto

The exhibition provides the first extensive overview of the work of Estonian architects active in Canada after World War II.

Based on several years of research, and completed in cooperation with the Museum of Estonians Abroad, the exhibition mainly focuses on Estonian-born architects whose career and studies in Europe were interrupted by war and those who qualified as architects at Canadian universities during the post-war decades. These were times when different nationalities flocked to the New World and the rapidly growing city of Toronto became the multicultural metropolis we know today. Among others, Estonian architects, with their European education and post-war training in Finland and Sweden as trump cards, played an important role in the development of the cityscape of Toronto. During these years, Toronto became the most important centre of Estonians living abroad. The Museum of Estonian Architecture aims to map the little studied material and provide the first thorough overview of Estonian architects in Toronto. The exhibition features photographs of buildings designed by Estonians in Toronto, specifically taken for the exhibition.

The names Mihkel Bach (1916–1972), Ants Elken (1917–2011), Uno Prii (1924–2000), Elmar Tampõld (1920–2013), Taivo Kapsi (1935–1967) and Henno Sillaste (1936–2013) are generally known in Toronto and professional circles know their work in detail. The most successful among them was Uno Prii whose buildings in the dashing style of 1960s and 70s Modernism are repeatedly rediscovered by new generations; more of his houses have been taken under heritage protection than of any other Canadian architect. Mihkel Bach and Ants Elken, lecturers at the University of Toronto, have played an important role in the spread of Scandinavian Modernism. Elken, who was popular among students and colleagues, also became a professor during his impressive university career of 33 years.

Community buildings (for the Estonian community) make up a separate chapter in the work of these architects in Toronto, among them St Peter’s Estonian Evangelical Lutheran Church, Tartu College and Toronto Estonian House as well as housing cooperatives and elderly care homes. These dignified buildings convey the enthusiasm and viability of émigré Estonians, not to mention their sense of community. The story of the buildings plays an important role here, often demonstrating the pragmatic Estonian approach to ensuring the economic functioning of the community.