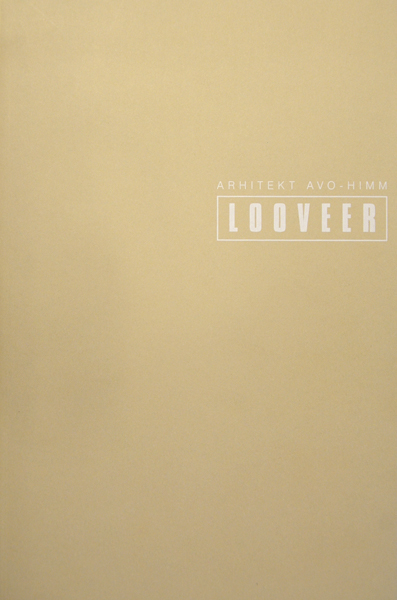 “Avo-Himm Looveer was an independent architect. Such a gift is given to few. The master, who had a good sense for material, dealt in architecture’s invisible side; in the magic, which gives a person identity in this universe. The Divine Mathematics, which Looveer possessed, was expressed in his precise definition of life. Avo-Himm Looveer was and is a vivid and pure phenomenon in Estonian culture. Such people are the firekeepers and the lighthouses.”

Estonian-language publication with an English-language résumé.