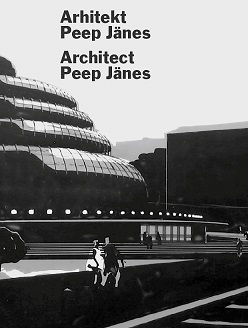 The catalogue, which is dedicated to architect Peep Jänes’ 75th birthday, summarises the voluminous works of one of Estonia’s most significant Soviet-era architects, which span five decades. A noteworthy part of these structures comprises large public buildings (Pirita TOP, the Designers’ House, the Tehvandi Ski Centre, an opera theatre not built, etc.) or sites with symbolic importance (the Mustamäe Micro-District V centre, a.k.a. the Kännu Kukk complex; the Tourist Shop, etc.). Projects from the 1990s that are to be highlighted include the Stockmann Department Store, which was completed in two building stages, and the renovation of two prominent works of Estonian architecture: the Estonia Theatre Building and the Estonia Drama Theatre. Published in the catalogue are nearly 50 buildings, projects, and competition entries, which are illustrated by an abundance of sketches, drawings, and photographs. The catalogue’s essays and articles are written by Peep Jänes, emeritus professor Mait Summatavet, and architectural historian Mihkel Kari. A longer interview with the architect is likewise included in the work.