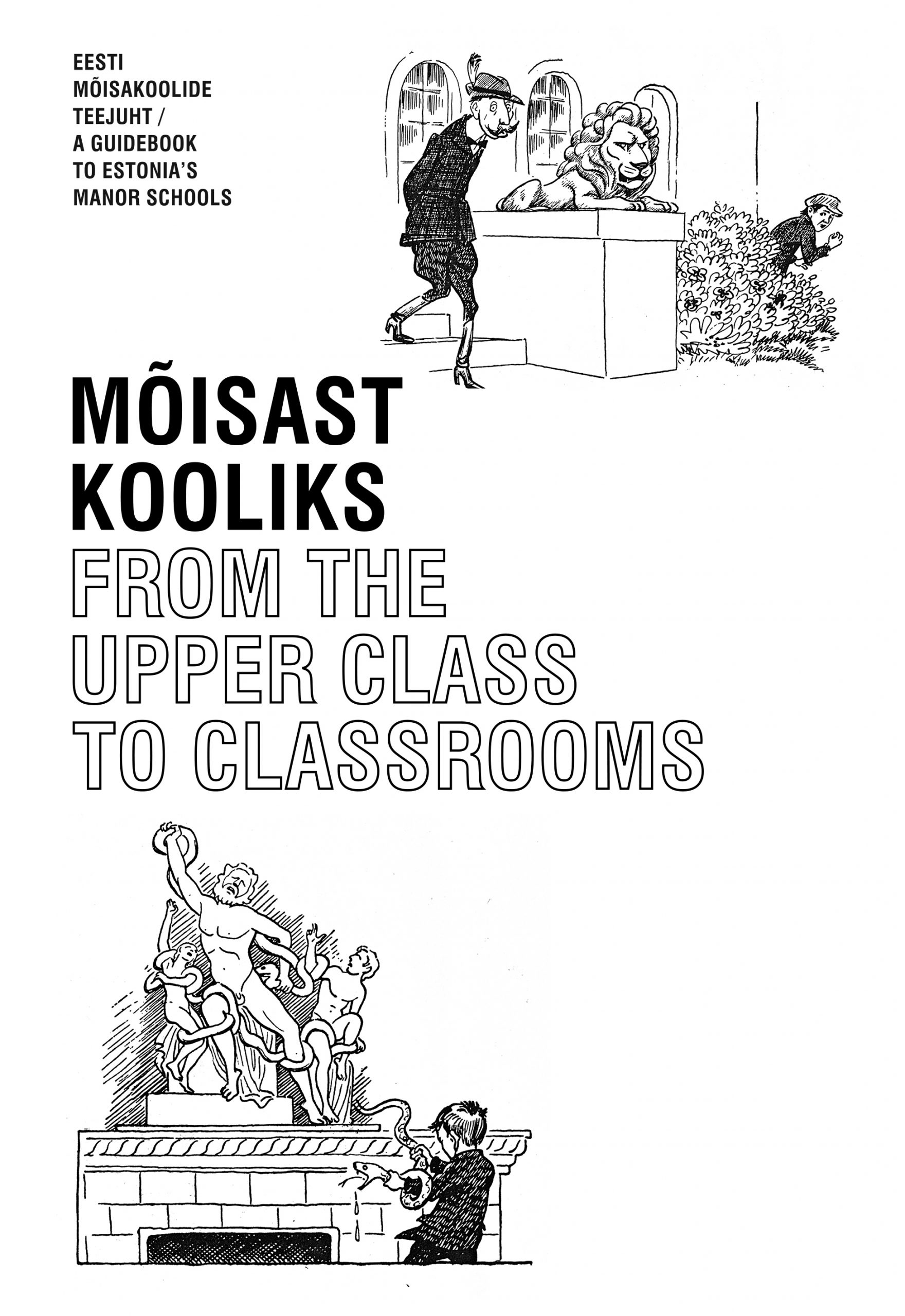 The book is not for sale.

The manor era in Estonia ended with the 1919 land reform, which saw over 1,000 manor properties expropriated along with their buildings. This was the end of the age of privilege for the local aristocracy; on the other hand, it was the beginning of a period of unprecedented prosperity for schools.

As the school system was reformed, schools found themselves facing a severe space shortage, which led municipalities to request the empty mansions for their own use. The state’s decision to place about 300 former manor buildings into school hands had two influential results: children enjoyed better learning conditions and the valuable manor heritage got a new lease on life.

The European Economic Area financial mechanism’s programme for the revitalisation of cultural heritage made the biggest contribution to the restoration of Estonian manor schools and improvement of the study and development environment. Fourteen manor buildings were renovated from 2004-2015 and just as many development projects were implemented. The book “From the upper class to classrooms. A guidebook to Estonia´s manor schools” as the result of the project “Active and ttractive manor scools” has the same objective as the manor school restoration programme: to show the vitality of part of the cultural heritage that is being used.

Manor schools have made a significant contribution to preserving Estonia’s cultural legacy. As protector and developer of their local identity, their role is all the greater now that the schools are open to the public as educational institutions or visitor centres. The motive is to entice readers to take their own journey, book in hand, to discover Estonia’s heritage.

This book consists of two parts. In the collection of articles collection, we look at the story of manors-become-schools from many different perspectives: that of the heritage conservation professional, historian, school principal, schoolchildren and graduates. The second part, the guidebook, aims to introduce all of the educational institutions that are still operating (as of 2015) in the former Baltic-German nobility’s edifices of different degrees of grandeur.