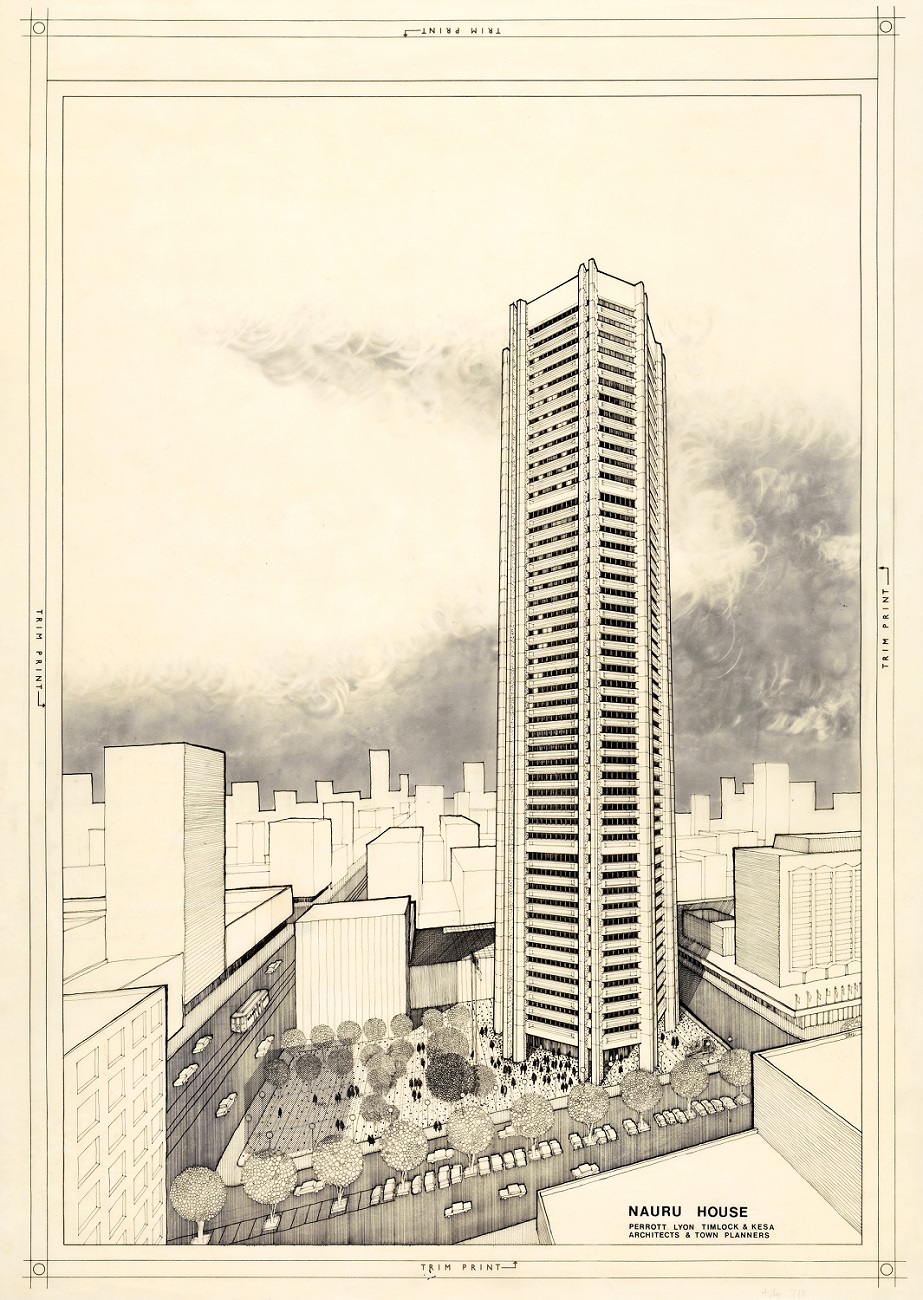 The design for the 52-storey skyscraper was commissioned by the government of the small island country of Nauru in the Pacific Ocean after rapid increase in wealth thanks to the phosphate industry. The building became an international investment project which was also due to house the residency of the president of Nauru. The skyscraper on the presentable Collins Street in Melbourne was the highest building in the city in 1977 and was designed by the largest architecture office in Australia – Perrott Lyon Timlock & Kesa. The managing architect of the Nauru project was Ernst Kesa, who emigrated from Estonia during the war and also drew up a perspective view of the building. Ernst Kesa donated this drawing on the tracing paper made with ink to the museum in 1992. Text: Sandra Mälk