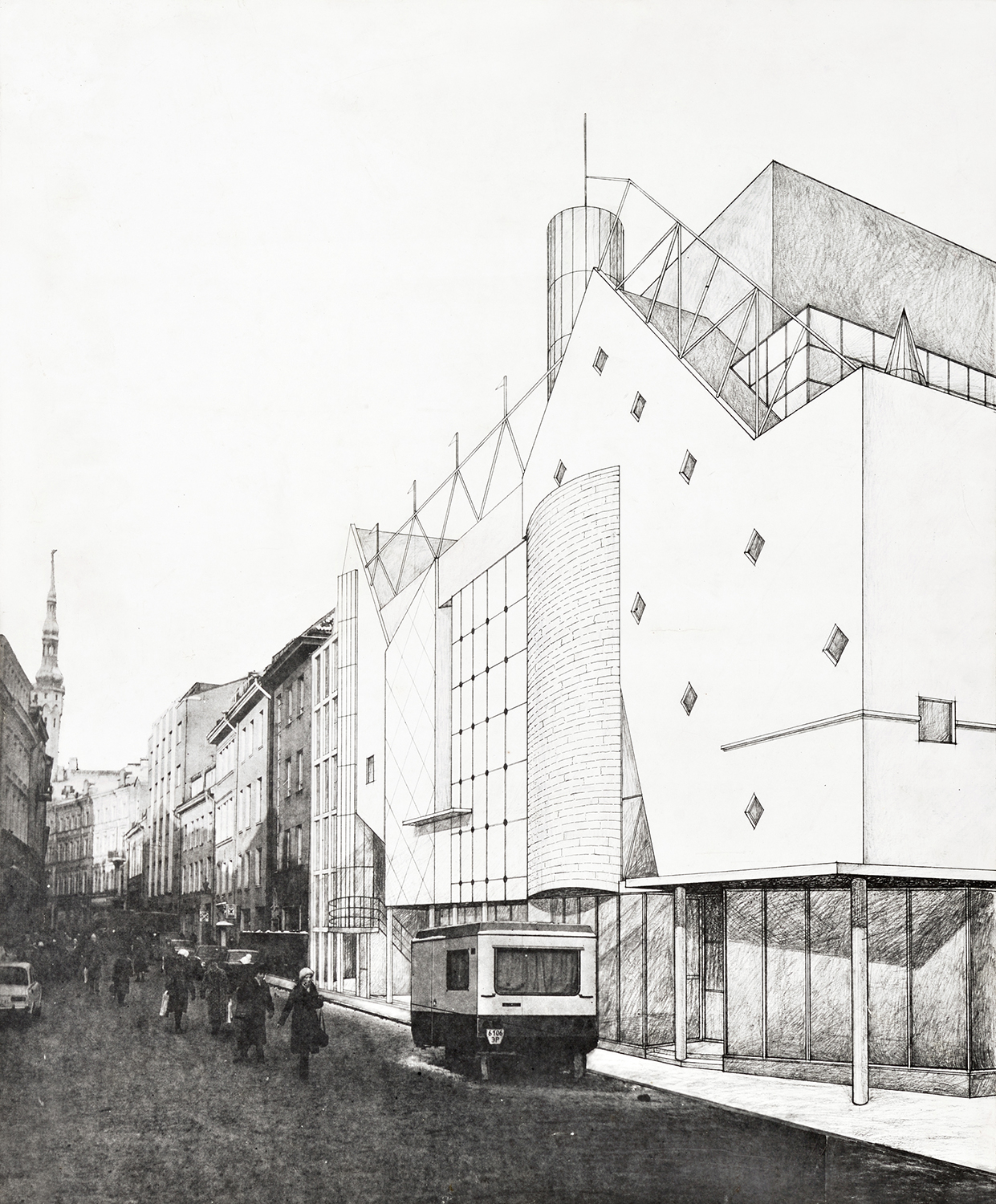 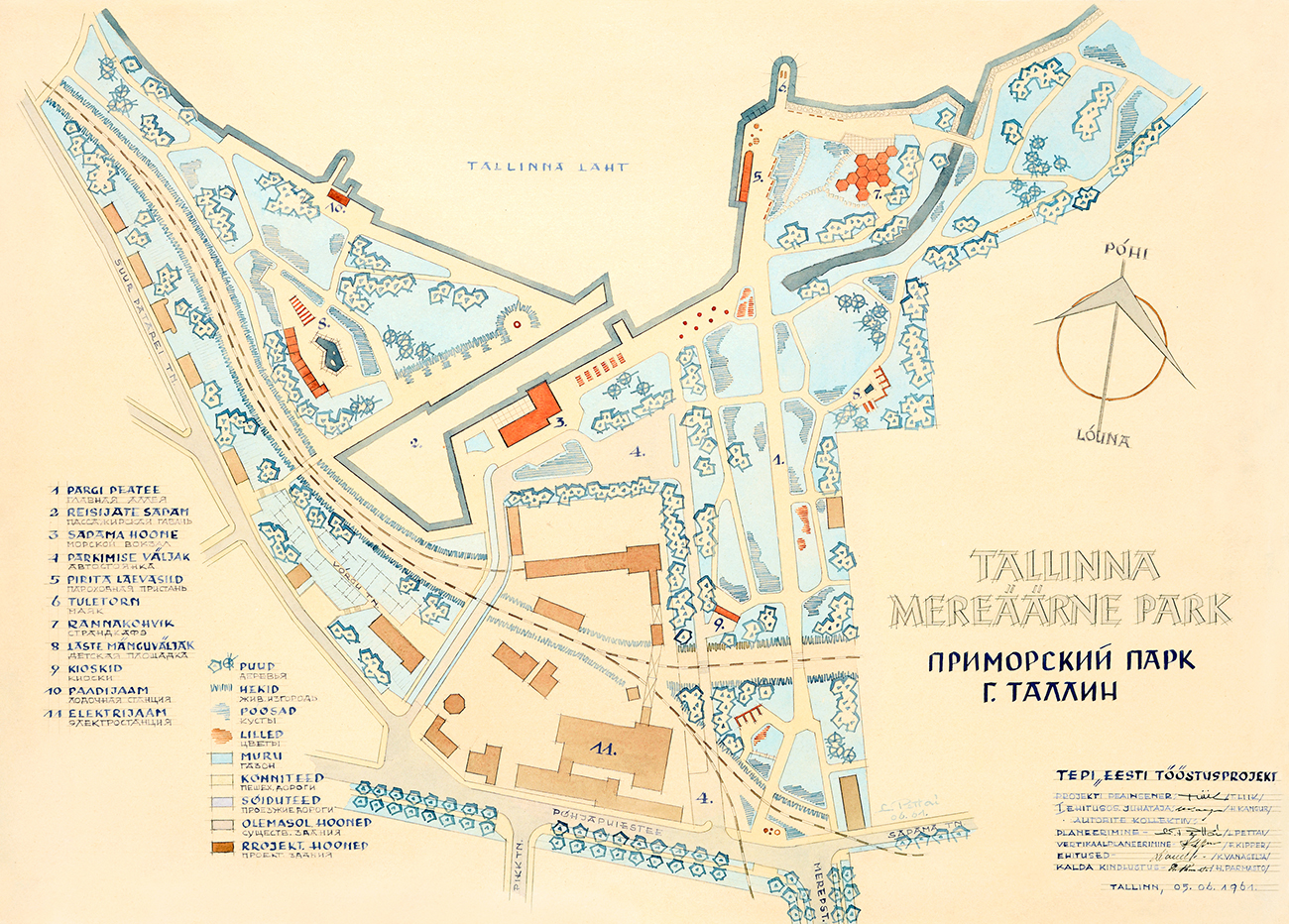 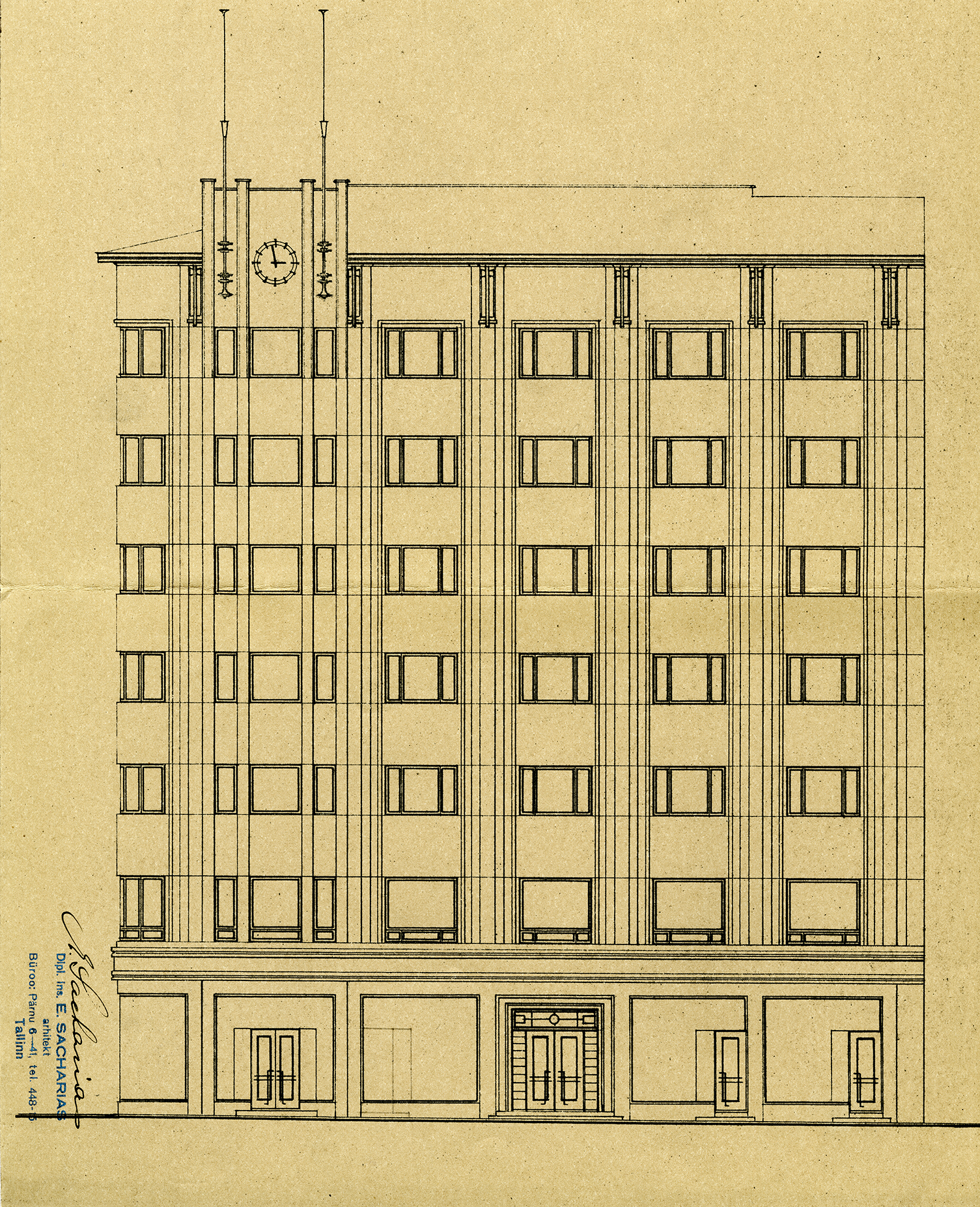 The Baltic-German architect Eugen Sacharias was born on April 21, 1906, who studied at the Technical University of Prague in 1925–1931. As a talented and enterprising young architect, he first helped Eugen Habermann design the so-called Urla House on 10 Pärnu Road, after which he founded his own office. In the following ten years almost 40 apartment building projects were completed. That shaped the representative visual of Tallinn as the capital. In 1941, Sacharias left to Germany with his family and ended up in Australia, where he continued to work as an architect in a construction company. In April 1991, Eugen Sacharias’ 85th birthday was celebrated with an exhibition in the lobby of the Library of the Academy of Sciences (now the Tallinn University Library). The exhibition was curated by art historian Mart Kalm. This was the first exhibition of the Estonian Museum of Architecture, founded three months earlier. 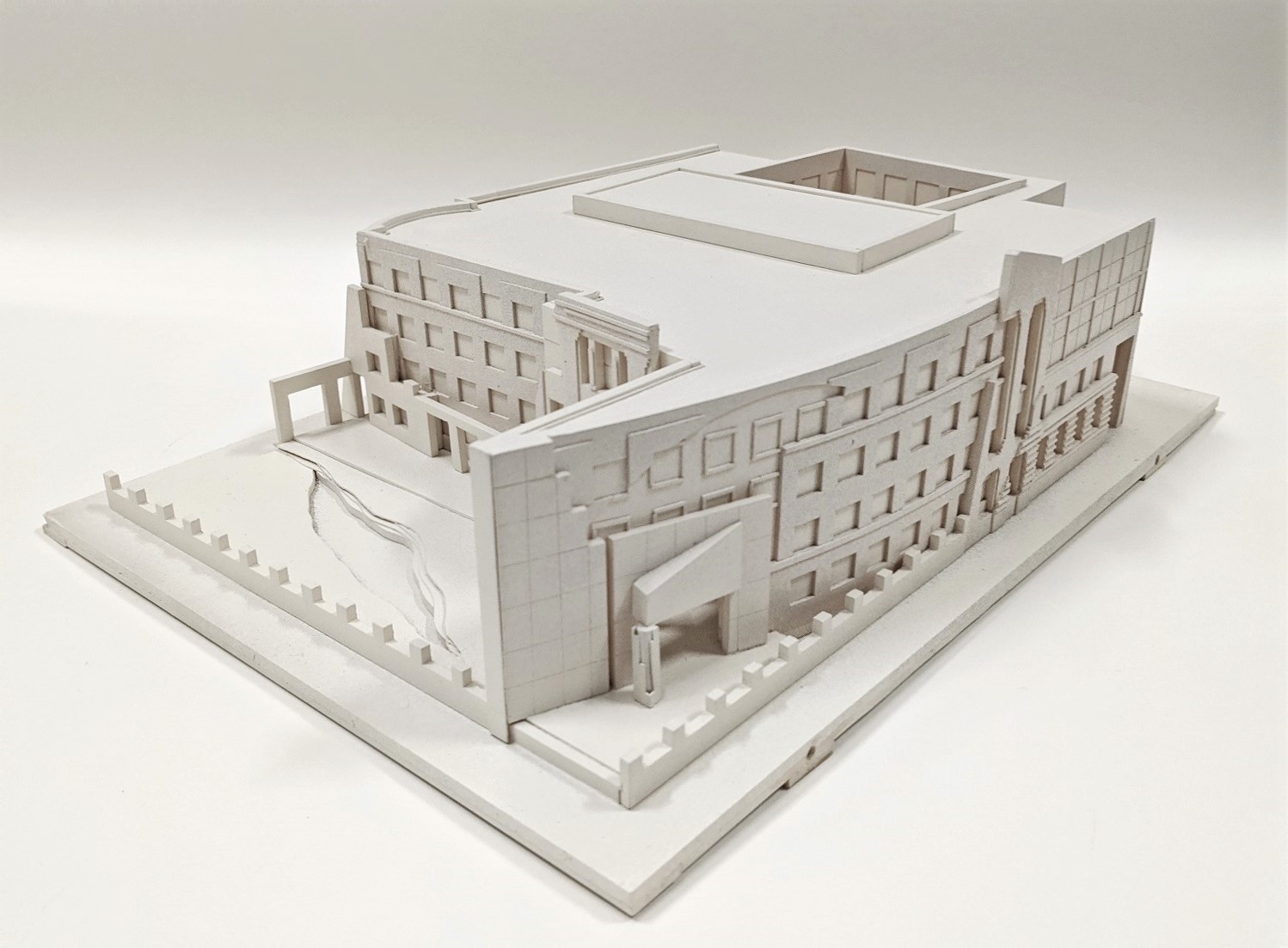 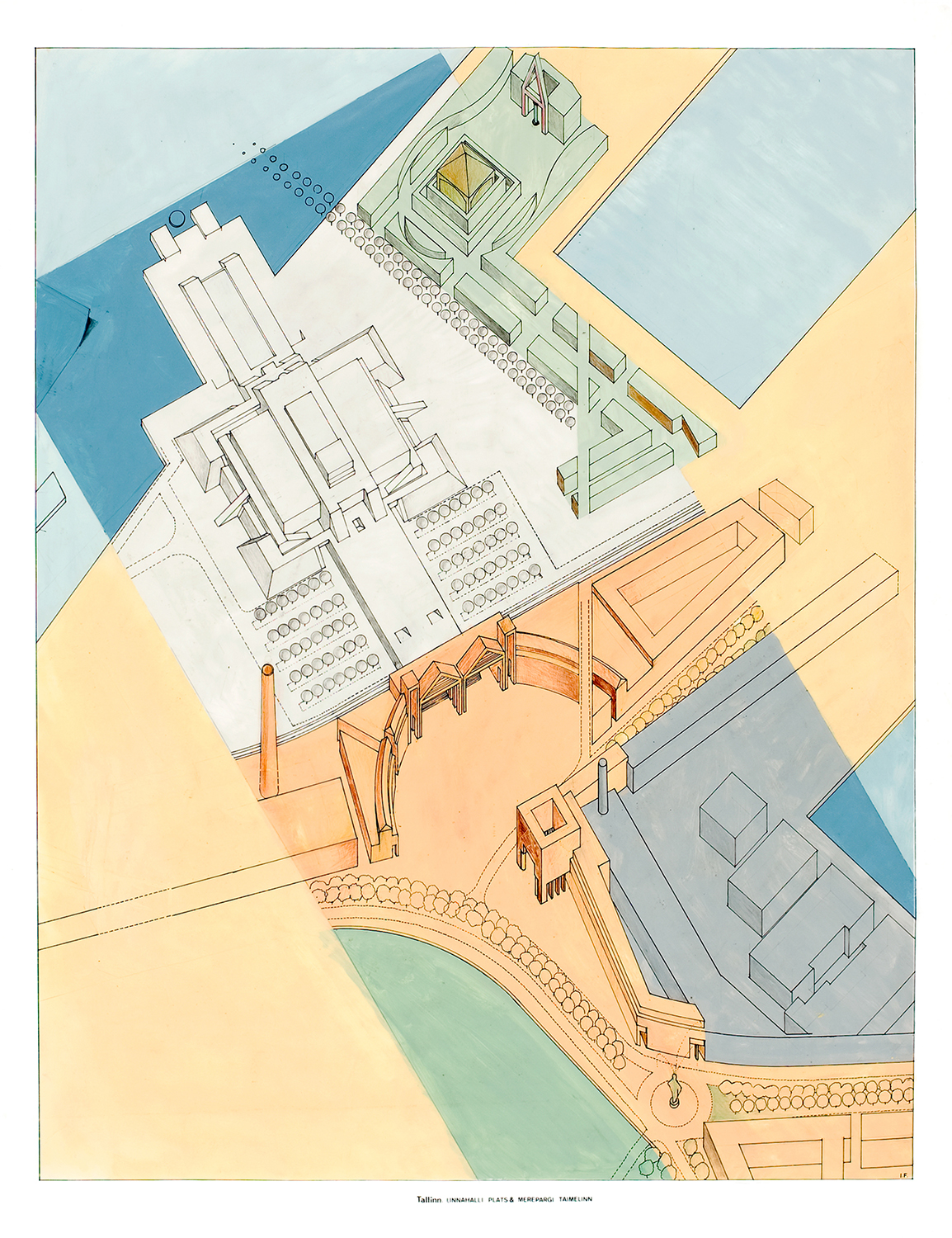 
A new environment of Tallinn 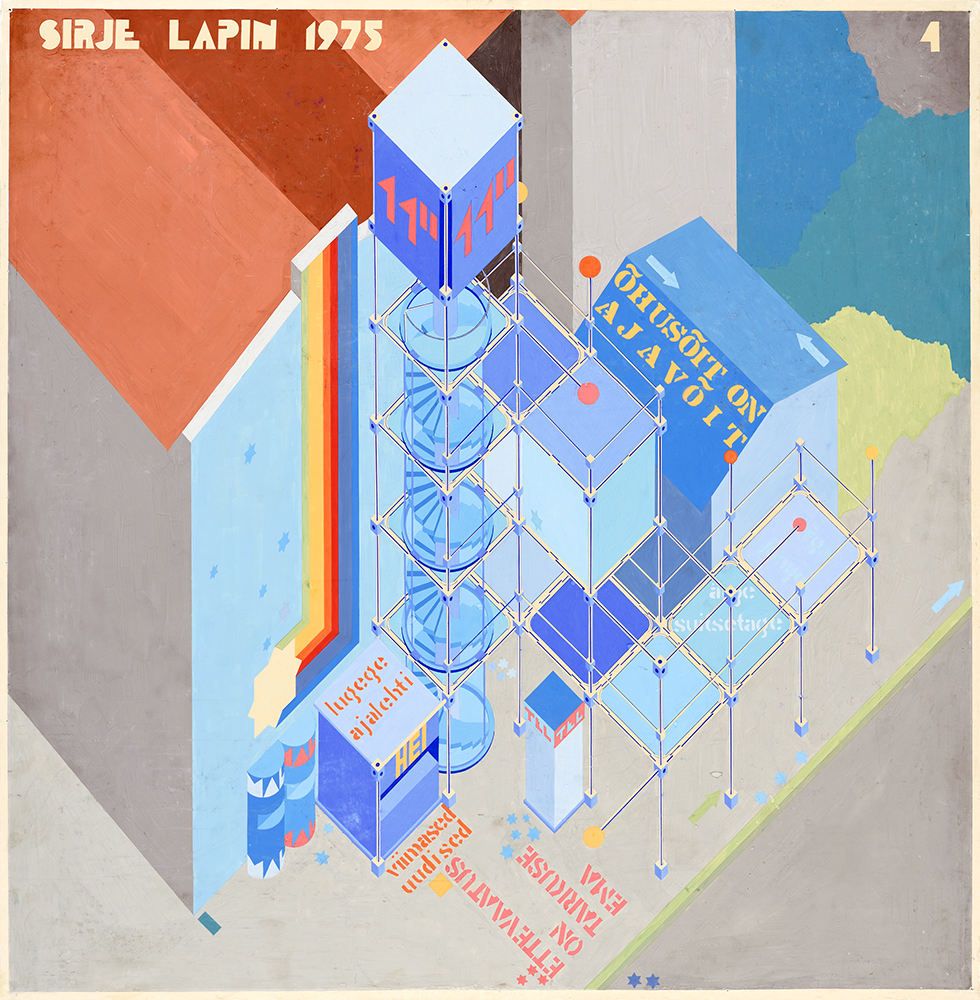 
Interior design of the Composers’ house in Tallinn 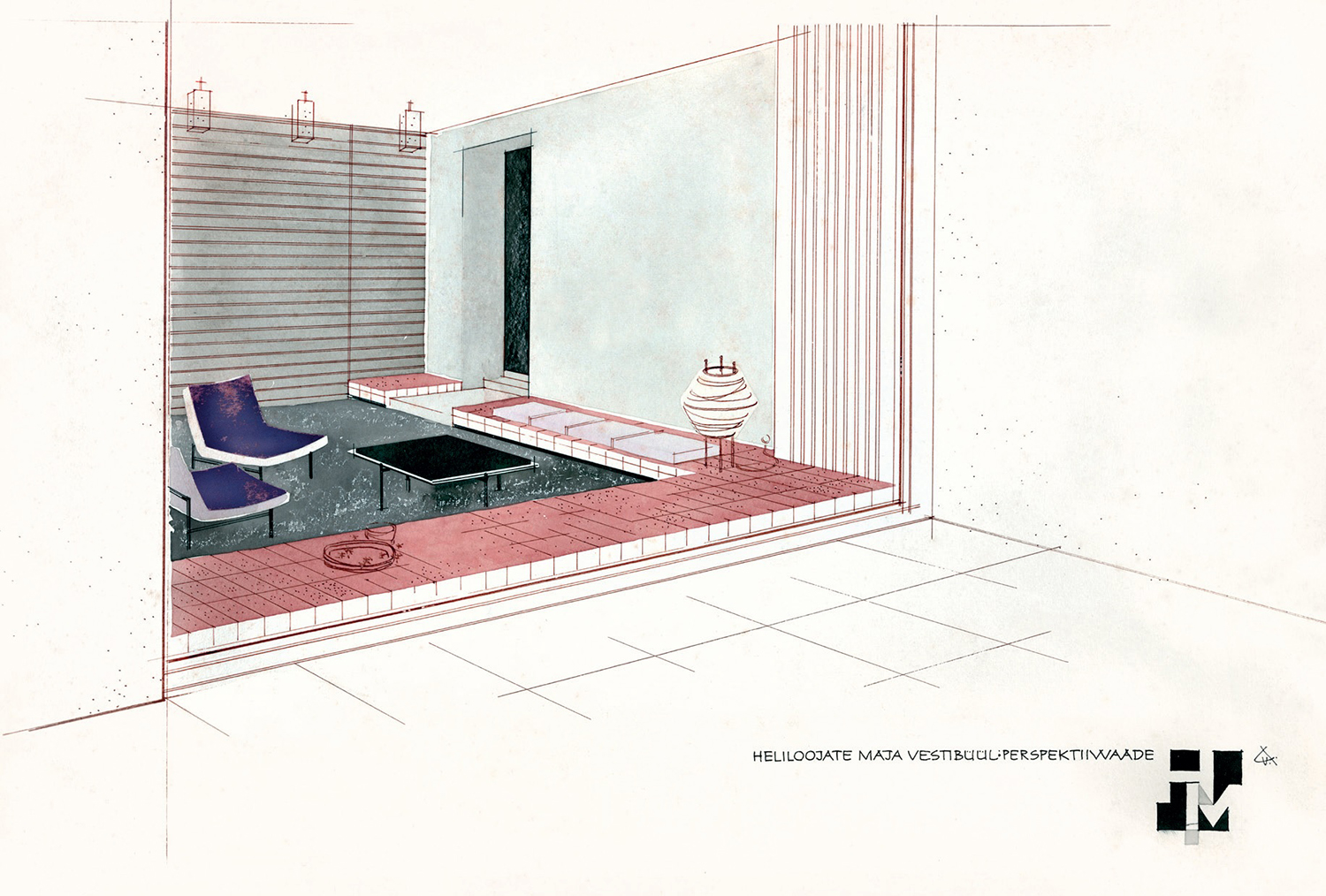 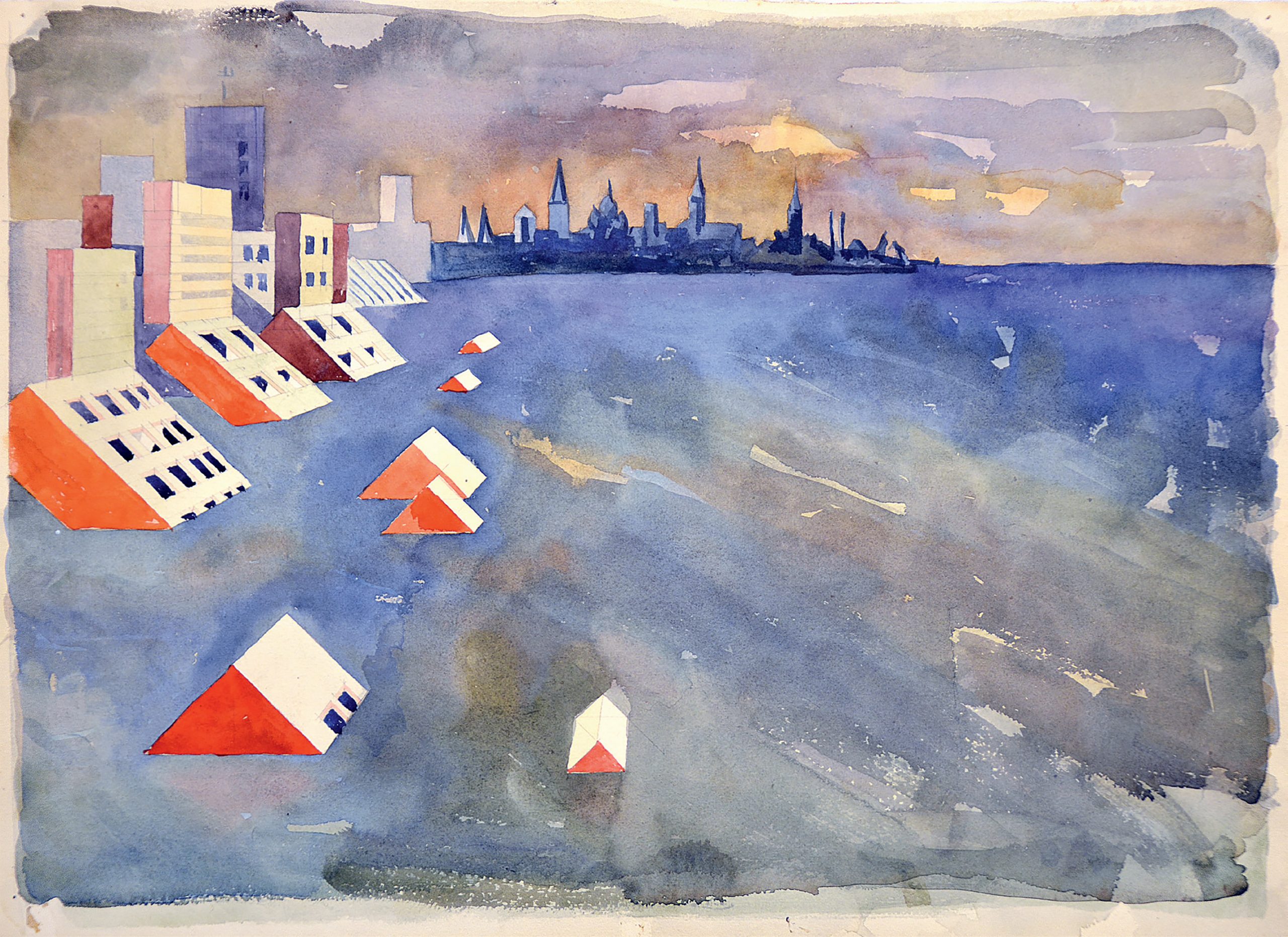 The massive development of whole areas of prefabricated apartment houses in Tallinn during the 1970s and 1980s questioned the relationship between the new dwelling districts and the historical layers of the city. In criticisms of these general trends, it was suggested that architectural additions in a good living environment should consider the plurality of the urban fabric. In Avo-Himm Looveer’s work, monolithic elements seem to be sinking in the sea, with the skyline of Tallinn’s Old Town in the background, referring to the rapid development of Lasnamäe. In the architect’s vision this development moves beyond the boundaries of the residential zone and shows the artificial environment on a global scale. Its destruction by the forces of nature, on the other hand, refers to a breakthrough in how architecture is considered. The watercolour was acquired in 2010. Text: Sandra Mälk 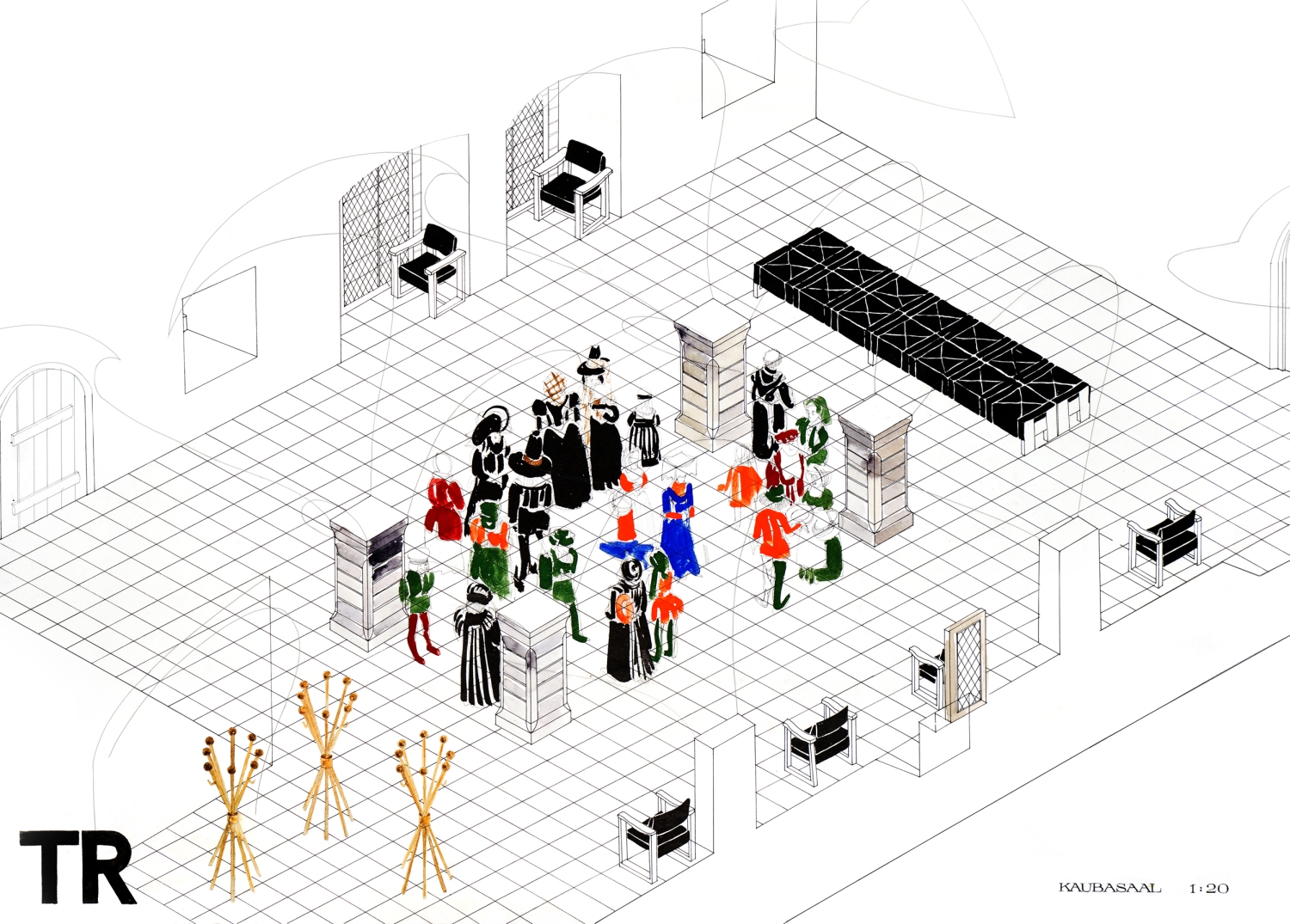 
Competition entry for the observation and water tower in Mustamäe 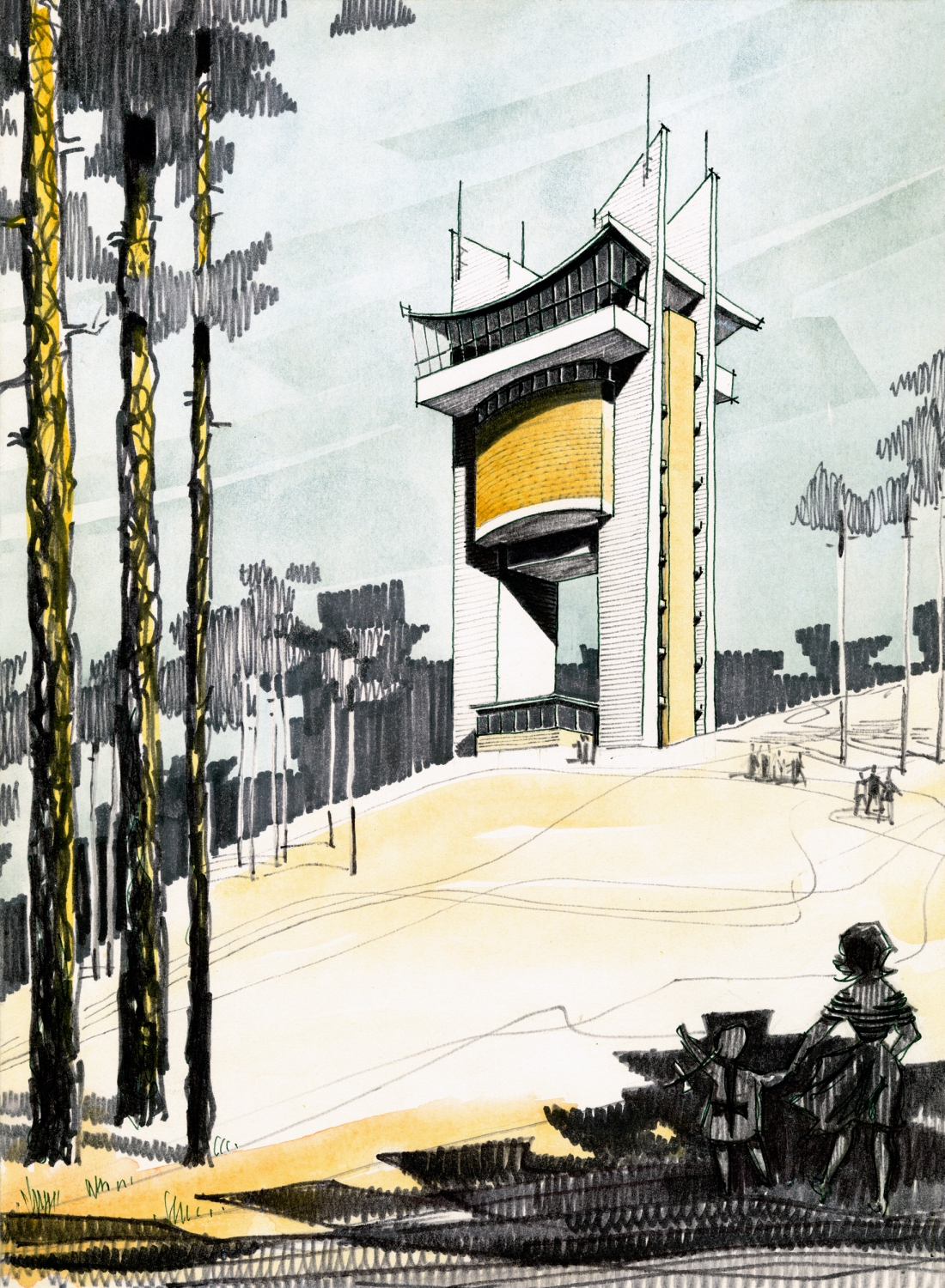