Reconstruction of the Toompea Castle and the castle garden 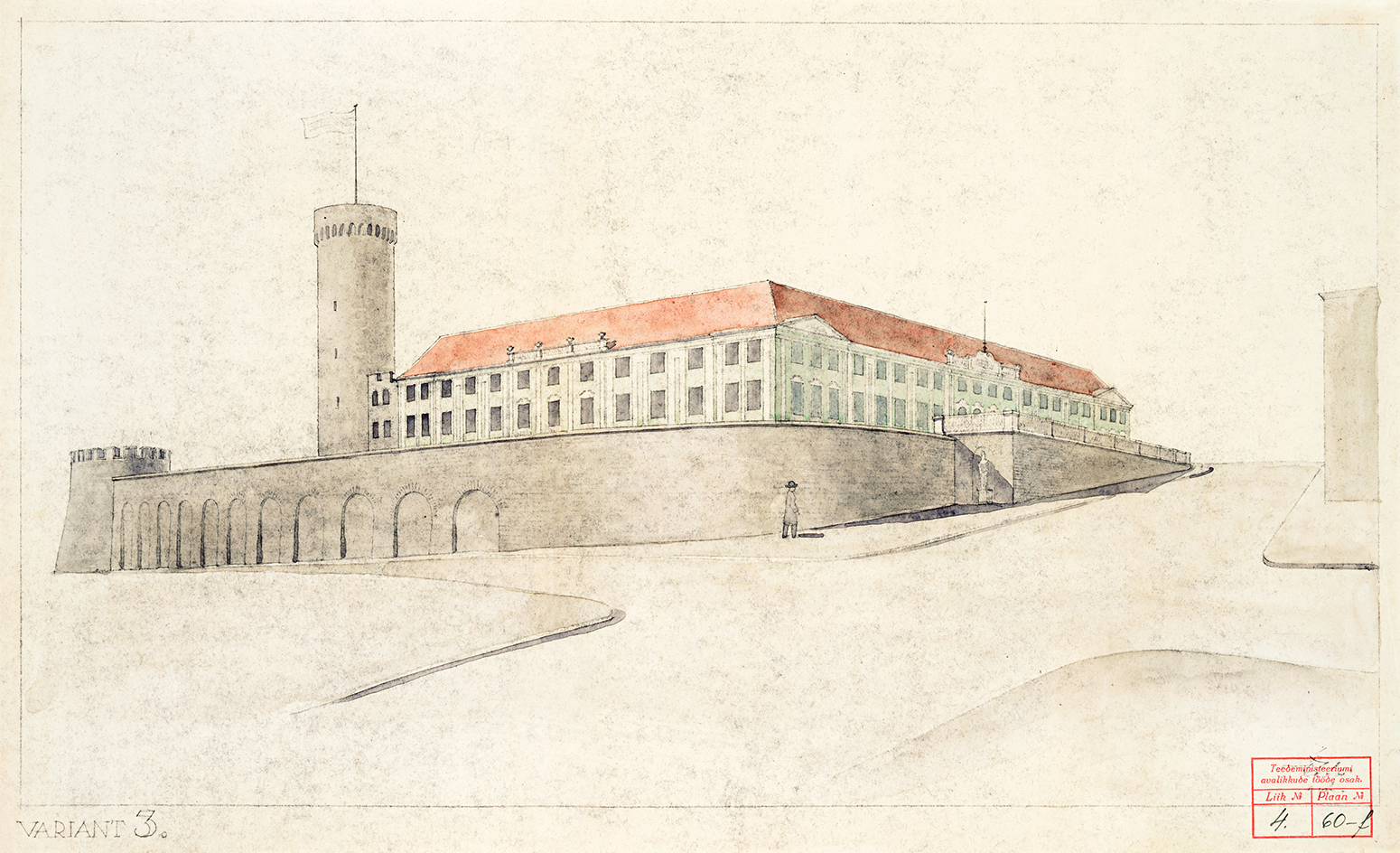 The aspiration for representability that began in the second half of the 1930s made its way to architecture via state buildings, manifesting in the use of traditional forms and details. The Estonian government, which had centred around Toompea, reconstructed the southern wing of Toompea Castle and the Governor’s Garden in front of it, opting for a Neo-Baroque style that harmonised with the 18th-century Late Baroque look of the front of the castle. The supporting wall of the Governor’s Garden also received a fresh look. The Coloured copy in watercolour technique was added to the museum collection in 1991. Text: Sandra Mälk