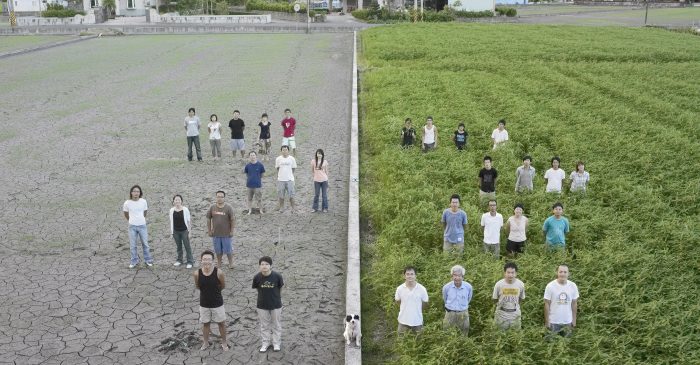 “Making Places” focuses on the works of Taiwanese architecture bureau Fieldoffice Architects, which emphasizes the human dimension and direct user experience. Almost all of Fieldoffice Architects founder Sheng-Yuan Huang’s projects are located in the city of Yilan, Taiwan, which has a population of half a million. In addition to the difficulties posed by a turbulent political and economic situation, Yilan is battered by tropical storms and floods. These pose a challenge to architects, but also force them to view the urban and natural environment as a single whole, which is in a state of perpetual counteraction.

Fieldoffice Architects has concentrated foremost on urban projects and performs a kind of city-acupuncture, making necessary interventions into the existing structure. The firm comprises architects who stand for public interests, are genuinely socially-minded, and aim to create a better today. Despite Fieldoffice Architects’ different cultural background and great distance from Europe, the projects shown in this exhibition are a fair parallel to Tallinn’s own urban renewal, and can be seen as positive models for cooperation between architect, community, and local government. The bureau’s most significant works on display here are represented in the form of models, drawings, photos, and texts, but completed structures can additionally be explored through video interviews and film tours. The exhibition is also accompanied by a catalogue of Fieldoffice’s works.

Sheng-Yuan Huang (b. 1963 in Taipei) studied architecture at Tunghai University in Taiwan, and received his master’s degree from Yale University in the US. Following graduating, he worked at Eric Owen Moss Architects and taught classes at North Carolina State University. After returning to Taiwan, he founded Fieldoffice Architects in 1994. Huang’s method includes close interaction with local residents, the thorough study of climate and environmental conditions, as well as consciously abstaining from “wow” architecture that endeavors for originality and carries a recognizable signature. Fieldoffice Architects, which has received increasing international recognition over the last few years, represents a somewhat un-European, ego-free direction of architecture, in which the architect is more akin to a doctor or an adjuster. Huang has remarked that architecture’s roots lie in nature: “Life’s true form is not static or tactile, but ephemeral and dynamic, being in a state of constant change.” Fieldoffice Architects represents an internationally exciting trend, and shows one possible development scenario for contemporary architecture in crisis.

The exhibition was organized by the Alliance for Architectural Modernity (Taiwan), and its stop in Estonia was supported by the Cultural Endowment of Estonia.

Sheng-Yuan Huang will give a public lecture at the Museum of Estonian Architecture on Friday, January 13th at 5 o’clock PM.