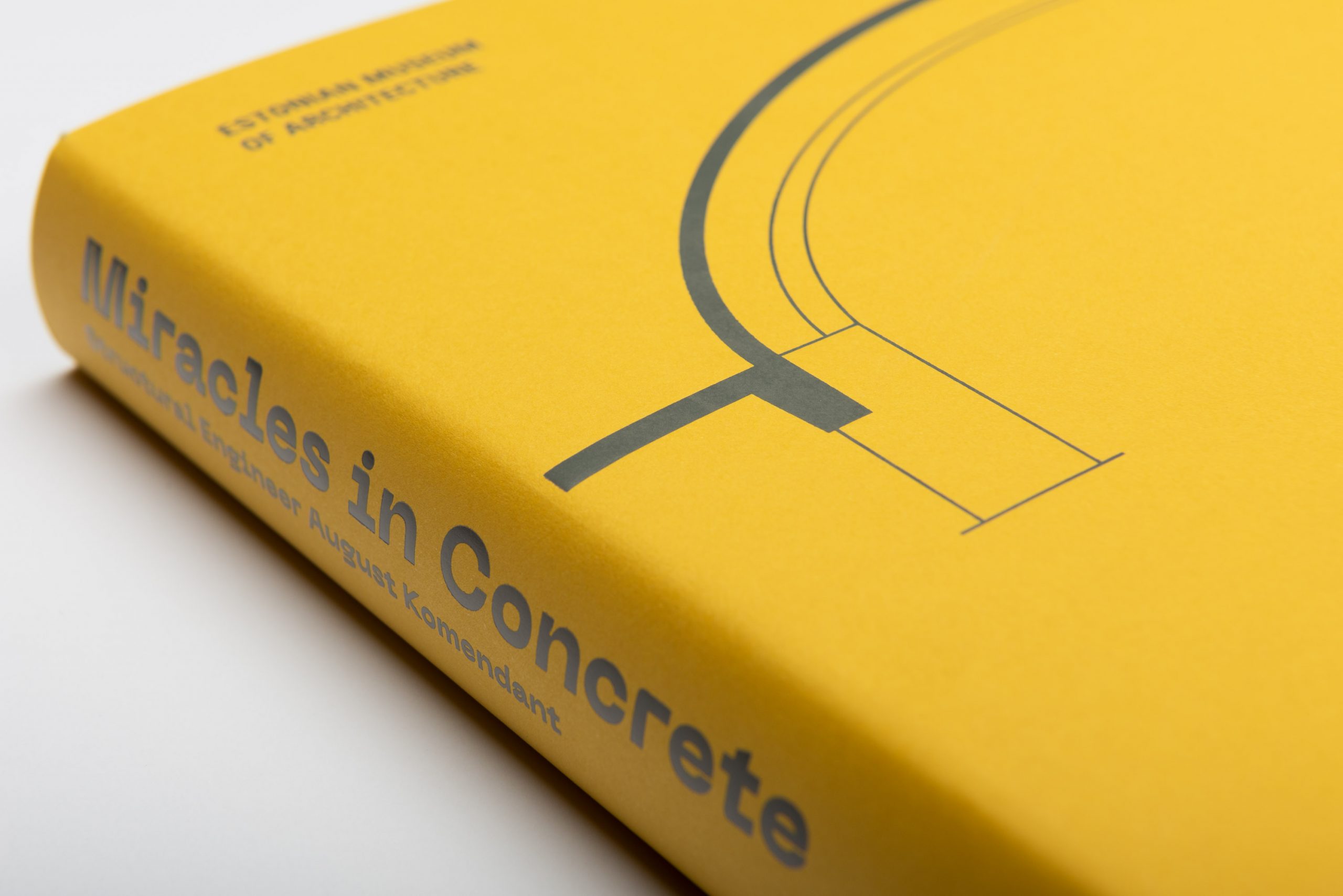 Published by Birkhäuser Verlag in collaboration with the Estonian Museum of Architecture, the book Miracles in Concrete. Structural Engineer August Komendant is the first comprehensive assessment of the Estonian-American expert on reinforced concrete structures.

The book, in conjunction with an exhibition of the same name—first exhibited at the Estonian Museum of Architecture from January 10 to July 26, 2020—provides an overview of Komendant’s long career spanning from the 1930s to the 1980s. The book sheds light on the pivotal role Komendant played as an expert on reinforced concrete structures in such iconic projects as Habitat ’67 (architect Moshe Safdie), the Salk Institute for Biological Studies, and the Kimbell Art Museum (both by architect Louis Kahn).

What does the book include?

August Komendant’s portfolio contains more than 200 projects—some of which he designed independently, others in collaboration with architects and fellow engineers. The most significant of these projects are included in the book.

The book contains essays by renowned architectural historian Professor Kenneth Frampton and the editor of the book Carl-Dag Lige, as well as selected articles by August Komendant. The only known in-depth interview with August Komendant—a conversation with architect Oscar Tenreiro of Caracas, Venezuela from 1985—is published here for the first time in English.

The book features the voices of some of Komendant’s contemporaries and loved ones. These interviews help understand the background of the projects and paint a portrait of August Komendant as a person.

The book also provides a visually rich overview of August Komendant’s most important projects of his career as a structural engineer—from the early concrete structures in his native Estonia in the 1930s to the masterpieces of world architecture in North America in the 1960s and 1970s.

The final section of the book includes a comprehensive list of August Komendant’s works including the key data of each project, and a selected bibliography, which includes both Komendant’s own publications and writings by others on his work.

The book includes 500 illustrations, majority of them published for the first time.

August Komendant (1906–1992) was an Estonian-American structural engineer whose collaboration with architects and engineers resulted in several twentieth-century architectural masterpieces. His professional career spanned more than half a century from the 1930s to the 1980s and coincided with an era characterized by modernization, urbanization, and the rapid development of technology.

Komendant’s beliefs were firmly based on knowledge complemented with a refined sense of aesthetics. As an engineer, he valued Architecture with a capital A—its timeless dimension and lasting quality. He knew that miracles need more than spreadsheets and a budget—a creative impulse is vital.

Concrete, a material that many consider to be bleak, cold, and dull was Komendant’s passion through the decades. He used his expertise in designing structures as different as the Kadriorg Stadium grandstand in Tallinn, Estonia (architect Elmar Lohk, 1938), the Habitat ’67 experimental housing complex in Montreal, Canada (Moshe Safdie, 1967) and the Kimbell Art Museum in Fort Worth, Texas, USA (Louis I. Kahn, 1972).