The foundations for the museum’s photo collection were set with exhibition activity in early 1991, when photographs ordered for a Eugen Sacharias exhibition became the collection’s first items. Over the years, the collection has expanded by way of ordered works, donations, and purchases.

The main part of the photo collection has been assembled according to location and address; pictures of projects, furniture, exhibitions, and events, as well as architect portraits have been put together on the basis of a different system. The oldest part of the collection comprises early-20th-century postcards. Also of value are original photographs dating back to the 1920s and 1930s – one exceptional pearl is an album of state structures of the Republic of Estonia, which was drafted in the late 30s in a luxury binding. One can also find impressive albums from the early Soviet era in the collection. The ESSR period indeed forms the most extensive part of the photo collection, greatly made up of materials from the massive bureaus of the time: RPI Eesti Projekt, SDI Eesti Maaehitusprojekt, and Tsentrosoyuzproyekt. Much has also been received from, for example, the Union of Estonian Architects, the editorial staff of cultural newspaper Sirp, the Museum of Finnish Architecture, as well as from acting architects and individuals associated with the field, including Leonhard Lapin, Ignar Fjuk, Leo Gens, Martin Siplane, and others.

Pictures have been ordered systematically for use in various exhibitions. A large part of the collection is indeed compiled of target orders from Peeter Säre, Rein Vainküla, Toomas Kohv, Kaido Haagen, Toomas Tuul, and lately, Martin Siplane and Reio Avaste.

Over 18,000 items have been registered in the photo archive, and this number grows strongly with each year.

In addition to the photo collection, a large amount of photographic materials can also be found in the archive collection’s personal funds. 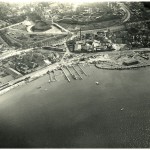 (ENG) An aerial photo from the mid-1920s of the then Tallinn Power Plant, Ilmarine Factory, and Kalarand. EAM fk 10747 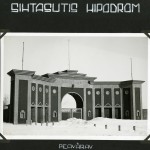 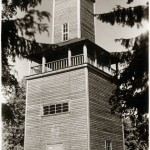 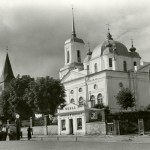 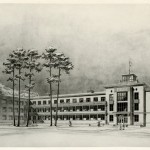 Reproduction of a vista of the Narva-Jõesuu resort (1954, completed in 1956; architects Nikolai Kusmin and Manivald Noor). 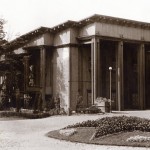 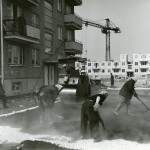 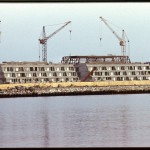 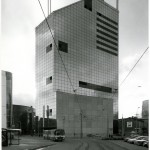 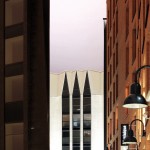