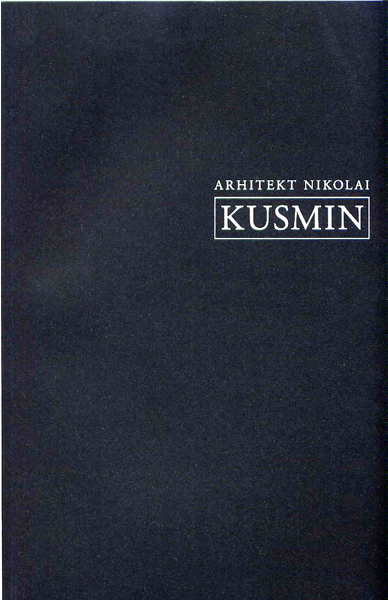 Nikolai Kusmin was one of the most significant figures in Estonian architectural history: buildings that he designed markedly formed the appearance of Tartu before World War II, especially the Tamme and Tähtvere districts, and among his other works can be found such important structures as the ESSR Railway Children’s Hospital on Eha St, as well as the Common Kolkhoz Resort in Narva-Jõesuu. An autobiographical text drafted in 1973 makes up the main portion of the book. Great emphasis has been placed on visual material – the text is accompanied by a large collection of photographs that originate from the architect’s personal photo album.