Finland and Estonia: A Century of Common Architecture 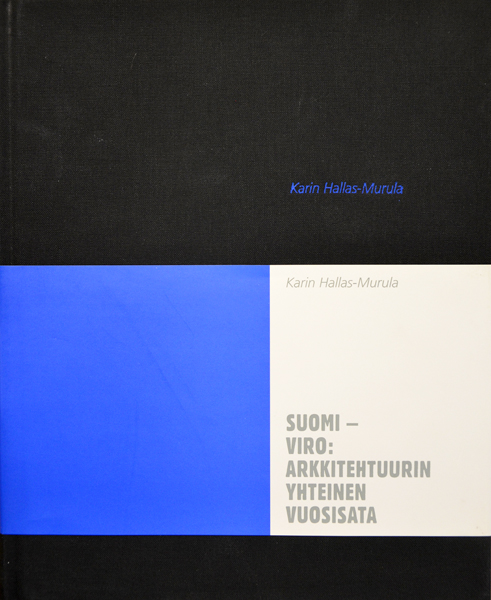 The book provides an overview of the architectural relations between Estonia and Finland over the entirety of the 20th century. Discussed in the work are the structures of Finnish architects built in Estonia: the early 20th century was especially rich in such buildings, including those designed by Eliel Saarinen, Armas Lindgren, and Wivi Lönn, as well as less-well-known architects Valter Thom, Bertel Lijequist, and others. We can speak of the 1990s as the time of the first more serious export of Estonian architecture to Finland, no matter that the majority of this was in the form of projects, and not realised structures. The participation in Finnish architectural competitions was very important for architects breaking out of Estonia’s closed society. The Art Museum of Estonia  designed by Finnish architect Pekka Vapaavuori was completed in 2005; thus, a look back at the century-long history of architectural contact between Estonia and Finland is especially topical and worthy of attention. The book is in Finnish with an English-language summary.