Roman Koolmar: From Oru Palace to the slums of Detroit 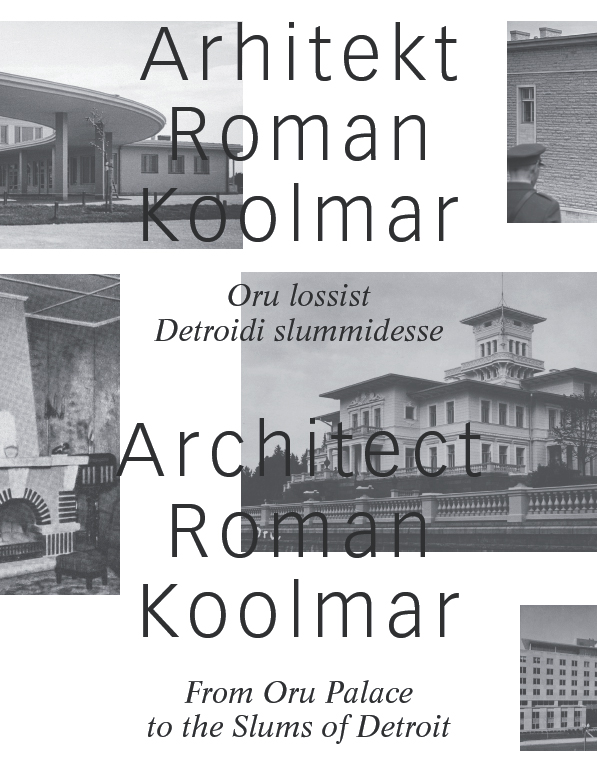 “Roman Koolmar: From Oru Palace to the slums of Detroit” is the first overview of Roman Koolmar’s (1904–1971) work, whose buildings are perhaps better known than the architect himself.

Notably Pirita Bus Station, Kloostrimetsa Sanatorium, Minister’s summer houses in Keila-Joa and Oru Palace are Koolmar’s best known works. Due to the war, Koolmar had to resettle to the United States, which is why Koolmar spent the rest of his life in Detroit, where he continued to design houses and took up fine art.

After graduating from Tallinn University of Technology, Roman Koolmar worked in the Construction Department of the Road Ministry, which was engaged in various state commissioned projects. Subsequently Koolmar designed various residential houses for civil servants, ministers and military personnel: barracks, worker’s houses, summer houses and even the president’s palace as a fairly young architect. He also crated various public buildings, such as Pirita Bus Station (1940) and in co-operation with Artur Jürvetson, Tallinn Airport (1939). The latter is nowadays better known as the Old Terminal, which was completed with slight changes to the original projects in the early 1950s. Hence, the exhibition gives an overview of the range of state commissioned architecture and shows to whom buildings were erected in the 1930s. Furthermore, it illustrates the extent to which the architectural style depended on the type and function of the building.

Koolmar’s greatest project is without doubt the reconstruction of Toila-Oru Palace to President Konstantin Päts’ summer residence. The grandiose complex can be considered a symbol of state architecture of the day at its finest. Koolmar designed the terraces and a number of supporting buildings of the palace, park pavilions and the Commandant’s House. The interior design of Oru was created by architect Olev Siinmaa. The palace, barely finished, was destroyed in World War II. Today one may question the authoritarian politics of the era and its pursuit to establish a luxurious building for the head of the state, especially in light of the discussion today over the need for a presidential residence, in which case the priority of the public procurement is clearly the cost of the project.

The exhibition catalogue features Koolmar’s projects from the Detroit period in addition to various artworks. Roman Koolmar is one of many Estonian interwar period architects, who continued their career in exile.

Museum of Estonian Architecture would like to thank Estonian Cultural Capital and the National Archives of Estonia.