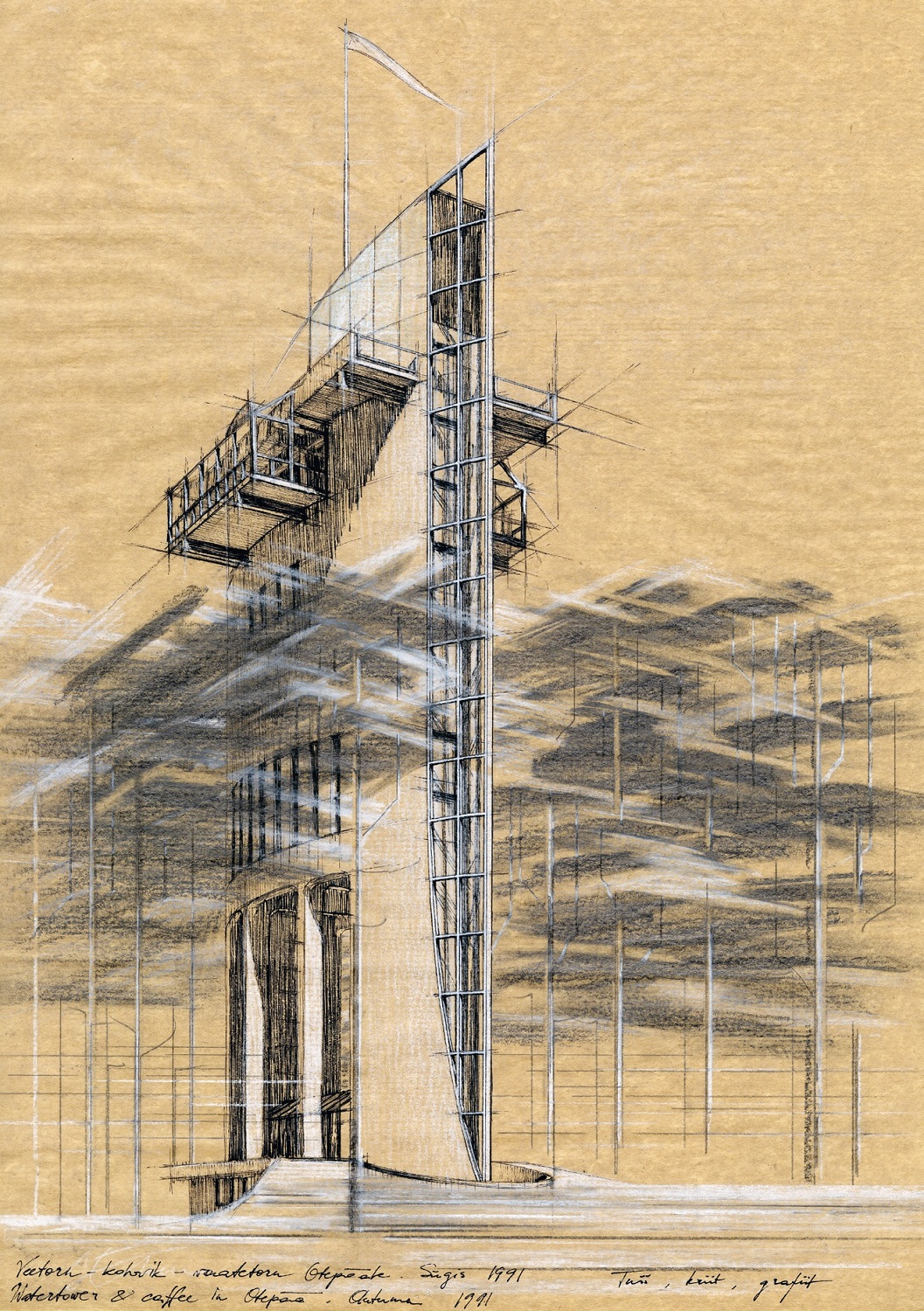 Utilitarian buildings were often complemented with a commercial layer in the transitional society of the 1990s when shifting towards a capitalist economy based on the free market. Technically, the arrival of hydrophore tanks meant that water towers were already outdated and economically unpractical on their own. But a café located at the highest place in town with a glass lift taking visitors up would have had an invigorating city-like effect in a small town. The high-tech perspective view drawn by the young architect Erm was part of a preliminary design that was never implemented because the city government changed. The drawing made in ink, chalk and pencil was given to the museum by Indrek Erm along with the project and technical drawings in 2015. Text: Sandra Mälk


Competition entry for the Art Museum of Estonia

Based on the location of the project, the authors of the entry “Pont du Parc” saw an opportunity to bring the two districts – Kadriorg and its Baroque park and Lasnamäe with its Soviet-era panel apartment blocks – closer together. The main volume of the Art Museum stretches across the limestone clint in Lasnamäe, thus bridging the two districts with different historical narratives. The elongated main building houses the majority of the exhibition spaces, whereas the round part was designed for storage and service rooms. An axonometric bird’s-eye view of the building in its topographically unique location highlights the “bridge” message between the two areas. The museum was built according to the winning entry by Pekka Vapaavouri, nevertheless the idea of carving through the limestone has leaked to the design of the memorial to victims of communism in Maarjamäe (Kalle Vellevoog, Jaan Tiidemann, Tiiu Truus). The collage was donated to the museum in 2015 by architect Kalle Vellevoog. Text: Sandra Mälk