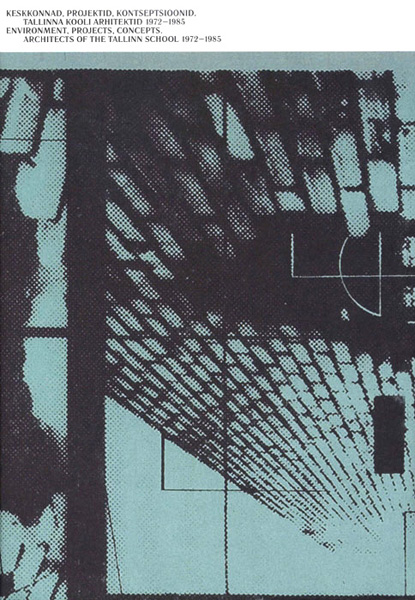 The “New Architecture Exhibition Programme” written in 1972 declares: “A new architectural exhibition will be held in Tallinn. The exhibition’s slogan is: “Everything is allowed in architecture”.” The manifest, which was signed by Tiit Kaljundi, Vilen Künnapu, Leonhard Lapin, Avo-Himm Looveer, and Ülevi Eljand, can be conditionally regarded as the starting point for a rethinking of architecture by a larger group of friends and colleagues, who later became renowned under the title “the Tallinn School”.

The given catalogue, which accompanied an exhibition on the Tallinn School at the Museum of Estonian Architecture, takes a look at the activities of this group starting from the early 1970s, and observes changes in their practice during the 1980s.